More and more businesses are expanding into new foreign markets, and are realizing that in order to be successful, the target market’s local customs must be recognized, respected, and reflected in any digital content. In this two part series, we’ll discuss the challenges involved in creating a user-friendly interface and present a few best practices that will meet (and exceed) the needs of your multilingual users. Part 1 will focus specifically on the importance of a flexible and dynamic layout for overall consistency.

Design Your Layout to be Flexible and Dynamic

Some languages are more verbose than others, meaning your design must account for text expansion and contraction in translated languages. The general rule is to plan for an average of 35% text expansion. The example below illustrates how the character length of a text string will vary from language to language.

Development frameworks provide features that can help you to program dynamic UI expansion and contraction. Although the intricacies may vary based on the framework, the design considerations detailed below are mostly common.

Your user interface window and elements should be laid out relative to each other without fixed positions or sizes in order to allow them to realign as required for every language.

In certain languages like Arabic and Hebrew, text is read from right-to-left (RTL) necessitating your entire design to be flipped. A modular design approach will come in handy while accommodating RTL languages. For example, the homepage of Facebook is designed to flip neatly for Arabic and other RTL languages as shown below: 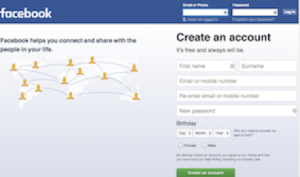 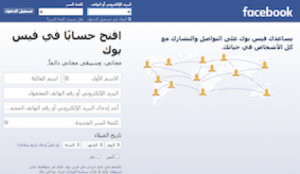 When localizing, the below elements should not be mirrored in RTL languages:

Most of the recent native frameworks are now mirroring aware, making it easier to create a mirrored layout with very limited code changes.

Starting from iOS 9, there is comprehensive support for a mirrored user interface as listed below:

You can refer to the official Apple documentation for details about iOS support for internationalization.

You can activate mirroring and also have full control over when to enable mirroring – such as per process, per window or per device context, using the new mirroring APIs offered. You can refer to the developer reference guide for full details.

Latin and most Western languages use spaces to separate words. However, East Asian languages such as Japanese, Chinese, and Korean may not use spaces to separate words. Instead, they rely on syllable boundaries. This implies that text wrapping may not always be done by spaces. Consider an example English sentence “I am a student.” The white space between words is often considered a delimiter for word-wrapping, but when translated into Chinese, sentences are written as strings of Chinese characters without any delimiters between them, as shown below:

For character-based languages, your application cannot rely on the usual line-breaking and word-wrapping algorithms for text parsing or display. Your routines must be able to handle text without spaces or punctuations, especially when wrapping for layout. This is easier said than done because in many cases you will find that linguistic expertise is required to handle this correctly.

For example, your text parsing routine for Chinese will require a specific Chinese word segmentation algorithm. There are many widely used algorithms and you can choose based on your application’s needs. Most of the word segmentation algorithms can be categorized into two types: lexical knowledge based methods (faster but less accurate) and linguistic knowledge based methods (highly accurate).

Although it seems like a minor step in the localization process, font choice can dramatically impact the layout and readability of your localized user interface and can also result in an inconsistent look and feel. To avoid picking the wrong font for your product, keep the following font-related notes in mind.

First and foremost, you need to choose a font that is Unicode-compliant, meaning the characters and text of your application have been encoded in a way that enables the exchange of text data internationally. It’s risky to assume that all fonts claiming to be Unicode will address all font-related issues in your multilingual interface. Some Unicode fonts may only support characters at the correct code-point and may not have usable characters for all code-points.

To prevent issues with Unicode fonts, refer to the recently introduced Google Noto Fonts, which aim to provide pan-language harmony and can be used for web as well as desktop applications. There are many Unicode resources where you can search for a list of fonts that are Unicode compatible and the characters they support.

A 12px font may be readable in English with no issues, while the same font may be extremely difficult to see when translated into Japanese. That leaves us with the question, is there an ideal multilingual font size? Unfortunately, there isn’t an ideal font size that works for all languages across the globe, but one option is to implement a dynamic layout to handle varying text size. If you wish to maintain a globally consistent layout, you could also adopt a variable font size option to give a better user experience across languages and devices. We’ll use the following example to explain further.

If you are designing a website, then it is common practice to use separate language-specific style sheets and define specific styles to suit every target language. In the example below, the font-size for the text “I am a student” will vary, based on the language, as specified in 2 different stylesheets style.en-US.css and style.ja-JP.css.