The work of a translator comes with certain translation challenges and difficulties. Some require the use of language corpora. Others require knowledge of the culture of a given region. Finally, some arise from the language itself and the specific language pair.

It is no different when translating English into German and vice versa. These are similar languages, but the devil is in the details. Thus, even a simple translation can be daunting.

If it contains many specific characteristics such as aspect. Let alone a long fantasy book. We will discuss some problems in English-German language pair translations below.

According to dictionaries, aspect is “the point of view from which something is viewed”. Also, “the grammatical category of a verb that expresses its indefiniteness or accomplishment. Both definitions make a great connection.

In this respect, English has much in common with Slavic languages. They are time-independent languages. The problem is the lack of aspect in German, which makes it one of the biggest translation challenges.

Analogously, these examples could be translated “Er ertrank” and “Er ist am Ertrinken”. It is clear from the context and the tense used that the first example is completed. The indefinite verb, in the second case, usually requires a prepositional phrase in German.

One of the most common translation challenges when translating from English to German and vice versa is taking into account the different school systems.

Translators are being commissioned to translate school certificates or university diplomas. This, of course, links to international working opportunities. Unfortunately, this raises many problems. Connected with the equivalence of terms or even institutions.

Besides, even if you find the equivalent of a school of a certain level, the name itself often has to be adapted. Often, there is a change in the position of the patron of the school. 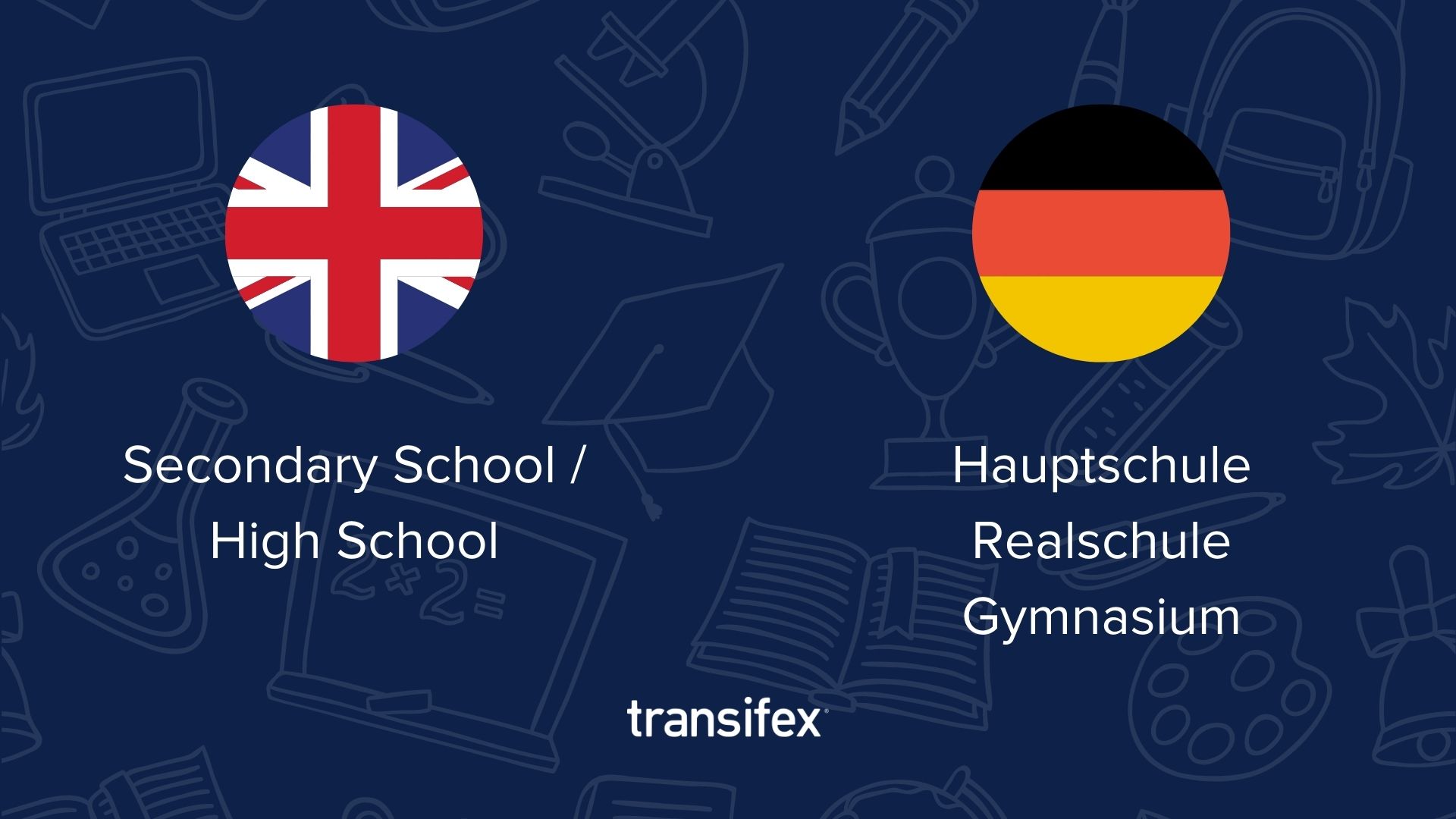 The replacement of the locative toponym for one expressed by a noun. Additionally, the translator must decide on the equivalence of a given academic title. The problem arises when we cannot access or find the relevant document.

The principle used by the UN is to preserve the specificity of the educational system of a given country. It consists of quoting titles with their equivalents in parentheses, e.g.: “Master of Law (LL. M.). The second rule is that the translator shall not under any circumstances decide on the equivalence of education acquired in different countries. He must not then suggest translations other than literal ones.

The denotative of a word is the class of object to which the lexical unit refers. In many cases, objects or phenomena form natural classes (e.g., biological species, natural phenomena, etc.).

The problem arises when we have phenomena or objects created by humans. For example, the denotative of the word apple tree would be fruit trees.  The denotatives of “church” and its equivalent “Kirche” are different. Let’s assume we are translating a book and are not in touch with the author.

We could translate church (building that is used for Christian religious services) as Kirche. We cannot translate Kirche as a church simply as it is. Not when we have no clear confirmation in the text or information from the author. This is because Kirche means not only Christian buildings. It also includes buildings of other religions.

A similar problem arises in the translation of chair as Stuhl. A typical everyday object. Chair usually means a simple seat found in offices. The Stuhl means the same or even a soft padded seat on which the mighty sat. Which could be translated then as an armchair.

This is a broad category of problems that are encountered when translating texts in any language pair. One could mention here the presence of cases in German, but I would like to focus on diminutives.

In English, we most often come across analytic diminutive created by adding the formant “little”. We can also use constructions composed of many words.

In German, we get diminutives through word combinations and suffixation. There are two suffixes, -chen and -lein. The problem arises, for example, when translating “Traumhaar” into English. Such a diminutive formed by word-composition means “dream hair”.

We have to use the analytic approach here – to move from the meaning of one term and render it in another language, not necessarily with the same words. More with the same context usage.

A Different Linguistic View of the World

The linguistic image of the world is a rather inexact linguistic category. It describes the dependence of people’s ideas, art, and culture on the language they use. For example, it can be the understanding of time as money (spent time, kill time, die Zeit verbringen, die Zeit totschlagen).

Despite using the same concepts, people from different cultures have different images. A mug standing on a table could be described by the German word Tasse. When translated, an English speaker might have a completely different idea.

The German word Tasse could mean, at the same time, a glass, a cup, or a mug. Similarly, if an English speaker asked for a cup, a German speaker would not necessarily give her the object she was thinking of.

A similar problem arises in the translation of the Christian holiday Ascension of Jesus – Christi Himmelfahrt. The author may have a completely religious aspect of the holiday in mind. But in Germany, this day is known for celebrating Father’s Day, which falls on the same day. Fathers on this day get together and celebrate in pubs.

Without further context, there can be comical confusion and different meanings of texts. This is one of the translation challenges where a Translation Management System can help quite a lot thanks to its visual editor and team collaboration functionality.

To summarize, translation in the English-German language pair may seem simple, but the devil is in the details. There are many individual aspects we do not pay attention to when speaking English.

Such problems require a watchful eye and the experience of a translator. Both linguistic but also connected to the culture of a given country, its education system, history, and art.

The translator needs to know the country’s history to avoid making a faux pas. The education system, to know how to translate documents. History, to translate all the references and metaphors legibly for the recipient from another country.

It’s due to these translation challenges that, despite technological advantages, manual translation will continue to be your best bet quality-wise for quite some time.