As amusing as they can be, error-riddled video game translations just don’t cut it. As developers translate games into other languages and localize content for different cultures, gamers expect localized games to read and play as they would for their original audience. Mistakes, like the Zero Wing fiasco pictured below, should be avoided at all costs. 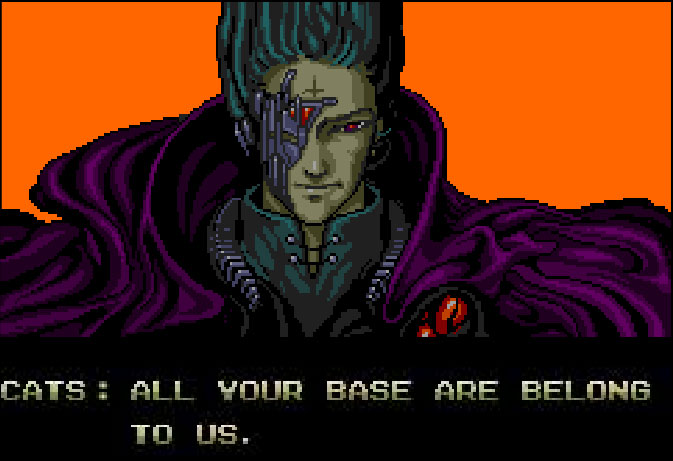 For those who don’t know, Zero Wing is infamous in the gaming community for having the worst translations in video game history. Their Japanese to English translation of the phrase “All your bases are now under our control” appeared in the game’s opening sequence as “All your base are belong to us.” The translation was first mocked by gamers, but in 1999 the catchphrase went viral, becoming the tagline for thousands of memes, image macros, and flash animations. Even notable publications like Wired Magazine, The San Francisco Chronicle, and the Guardian gave the grammatically incorrect sentence some time in the spotlight.

Translate and Localize Your Video Game the Right Way

Zero Wing taught developers, publishers, and gamers the importance of accurate translations, but localization isn’t as simple as translating content from one language to another.

1. Truly understand the markets you want to enter.

You might have a list of the most profitable gaming markets and industries, but that doesn’t necessarily mean your game is right for those markets.

Cultural mistakes often prove the most costly for video game developers and publishers – not just in terms of lost revenue, but in negative public relations and damage to their corporate image. Learn from the mistakes of failed video game localization campaigns and pay careful attention to:

Historical Accuracy
History is a compelling topic, and developers and game creators often draw from the historical events of other cultures to connect with players. Yet, many cultures are protective of their historical legacy. Include an inaccurate representation of a historic event and open your game to strong criticism from players in other countries.

A popular example of historical inaccuracy in video games comes from popular Assassin’s Creed: Unity. The game is set during the French Revolution, and Ubisoft, the game’s makers, admit it exaggerates the course of history. For example, the modern French flag is waved and the modern national anthem is used on the soundtrack though neither was adopted until after the revolution. But what has seemed to upset the French the most, is the inaccurate depiction of Maximilien de Robespierre. French politician Jean-Luc Mélenchon shared his thoughts in The Independent saying, “This is propaganda against the people. The people are [shown as] barbarians, as bloody savages. A man who was our liberator at one stage of the Revolution is portrayed as a monster.” While most outrage was expressed by France’s political leaders and the game did not suffer financially, a blunder like this has the potential to create great negative backlash and in extreme cases, may cause a game to be taken off the shelves.

Religion and Belief Systems
Some games reference elements of religion within their storylines to add interest for players, but not understanding how these religious references will affect players in another country can hinder sales and cause negative backlash from an entire culture. Smart developers understand how other cultures may be offended by sensitive themes, objects, or characters within their game, and know when to pull the plug on a localization effort when it just isn’t the right fit.

Take Microsoft for example. Their popular Fallout 3 game was scheduled for release in India but was unexpectedly canceled. While Microsoft didn’t give an official statement for Fallout 3’s cancellation, speculation that the game was offensive toward the Indian culture surfaced soon after. In the Hindu religion, cows are viewed as sacred animals and in Fallout 3, the storyline features Brahmin (two-headed cows mutated by radiation) as shooting targets for players. The idea of mutating a sacred animal creates issues alone, but having players shoot at them would likely cause even more controversy. To top it off, the actual word Brahmin represents a prominent concept in Hindu religion meaning the primal source and ultimate goal of all beings. Knowing this, it’s easy to see why Microsoft canceled Fallout 3’s release in India.

3. Find translators that are gamers.

While it may seem like a simple prerequisite, many localizers overlook the importance of hiring translators that are also gamers. Naturally, that brings us to the question, why does it matter if your translator plays video games? They’re native speakers who have a solid grasp of the language you want to localize into, right? Isn’t that enough? Not necessarily. Translators who don’t play video games don’t always have the background or understanding that’s required for translating the niche terms gamers expect in the gaming world. And with gamers expecting nothing short of perfection, it’s important that your localized game plays just as it would for its intended audience.

Not all phrases translate perfectly across languages, meaning developers have to provide translators with context to get translations that actually make sense. Remember, you’re not just trying to make sure gamers understand your storyline, you’re trying to give them a way to engage with your game’s content at a more meaningful level.

To give your translators context, you’ve got to let your translators play through your game. Yes, it might be time-consuming and come with a large upfront cost, but it’ll be cheaper than going back and re-doing subtitles post-production – or even worse, being the headline of a public relations crisis. To put it simply, you’d expect someone translating the subtitles of a movie to have seen the movie first, so why would it be any different for a video game? Take into account that games are often way more complicated, having multiple story branches and text files with no logical order, and making sure your translators play through your game becomes non-negotiable.

Just as your development team uses different tools to make sure projects deploy on time, your translators need a set of tools to make sure their work goes smoothly. For instance, tools like Translation Memory (TM) can save translators valuable time, while enhancing workflow. On a basic level, Translation Memory is a database of previously translated phrases that have been approved by you or your organization’s localization manager. When a translator is working on a phrase similar to one that’s already been translated, TM will provide suggestions so the same translations aren’t done over and over again – saving time. And saving time means saving money.

For video game developers working with constantly changing resource files or large teams, localization automation platforms can make all the difference. Video game developers can invite their translators into the platform where they can do all of the translation work. Developers can also assign roles, such as administrator, project manager, or translator, to different individuals involved in the project to enhance workflow and ensure the right content is being translated correctly.

6. Don’t forget about the dimensions of the actual text.

When you translate a word, sentence, or phrase from one language to another, there’s almost always going to be a discrepancy in length. Sometimes the translated phrase will be shorter, other times it will be longer, and in some cases, like when translating into Chinese or Japanese, translations will appear as symbols or characters. If your game isn’t programmed to handle proportional fonts (internationalized), these discrepancies in word length may cause your game to look broken. Text may overlap certain images or not be visible on the player’s screen at all. Keeping font size and type in mind when localizing can ensure the best gamer experience possible. Read more about localization-friendly user interface design.

Text Used in Graphics
Most experienced video game developers avoid text in graphics because localizing them can be an uphill battle. Development teams will need to identify all the images with text and redraw or recreate all of the graphical images for each language. This step in the process also requires communication with translators to make sure the new graphics read correctly. Then, you’ll need to account for additional time spent integrating the images back into the game. Best practices would be to avoid graphics in text entirely, but if you’re already using them, consider replacing text with symbols that can be used in any version of your localized game. For example, a speech bubble graphic with text could be replaced with, “?!#%” – a practice commonly used in video game localization.

7. Use feedback as your trump card.

Most modern games rely on beta testers to find flaws and bugs in a game before its official release, and the same should be done when localizing a game for a new language and country. Your testers should not only be good gamers, they should be strong linguists in the target language. This combination of skills will help make sure the game plays through smoothly and that translations make sense in context. If you’re translating into multiple languages, you’ll likely have multiple teams, each responsible for testing a different localized version of your game. Here are a few other things to keep in mind when testing your game:

An investment of time and effort during the game development process will make sure there are no surprises during post-production. If you have other questions about localization or are interested in learning more about the industry, check out our quick guide for localizing video games.