Everyone’s using emojis. In fact, four out of five 18 to 65 year olds use emojis on a regular basis, while almost three quarters of those aged 18 to 25 find it easier to express emotion through emojis rather than written word. Research from Swyft Media also shared that the 2 billion smartphone users worldwide were responsible for delivering 41.5 billion messages containing at least 6 billion emojis. What do these statistics tell us? A lot – which we’ll dive into in this post – but one thing is undoubtedly clear: emojis are here to stay.

The Evolution of the All-Powerful Emoji

Emoji, which literally means picture (e) + character (moji) first emerged in Japan in 1999. Designer Shigetaka Kurita based the original emojis off symbols used in weather forecasts to depict things like heat, sunshine, wind, and rain, and from manga which used stock symbols to express emotions. While the original emojis were specific to Japanese culture, they’ve expanded over time to include a large set of characters that depict everything from smiling faces and animals to types of transportation and a wide range of foods. Some emoji characters have even been incorporated into a standard system for indexing characters (Unicode) which has allowed them to be used across different operating systems.

The chart below shows that emoji usage is on the rise in countries all over the world. Adoption rate continues to be strong, signaling to global brands that using emojis properly can result in fun and engaging marketing messages. Some industry experts even argue that the right emoji campaign has the power to strengthen a company’s voice or brand positioning, a key metric in today’s world where the competition for consumer attention is extremely high. 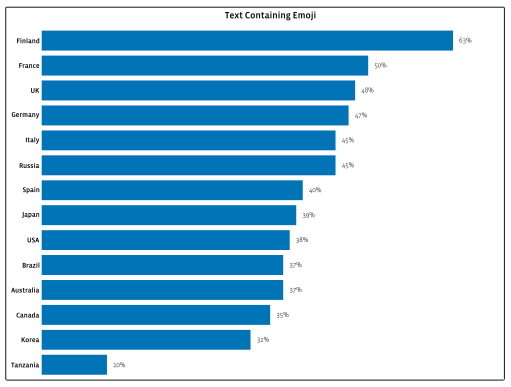 Marketers Jump on the Emoji Bandwagon

Whenever a new consumer trend emerges, it doesn’t take long for marketers to jump in and try to recreate the buzz in innovative marketing campaigns. Here are a few big-name brands that tried their hand at launching emoji-filled campaigns on social media platforms, specifically targeting younger buyers that have been historically difficult to market to.

One of the most talked-about emoji campaigns was headed by Domino’s, a company looking to rebrand itself in terms of product offerings, messaging, and brand voice. They targeted millennials, leading with the ease and convenience of their tweet-to-order campaign. After setting up your ordering preferences on the Domino’s website, all you have to do is tweet the pizza emoji to Domino’s. If you’re not a fan of emojis, the hashtag #EasyOrder works too. 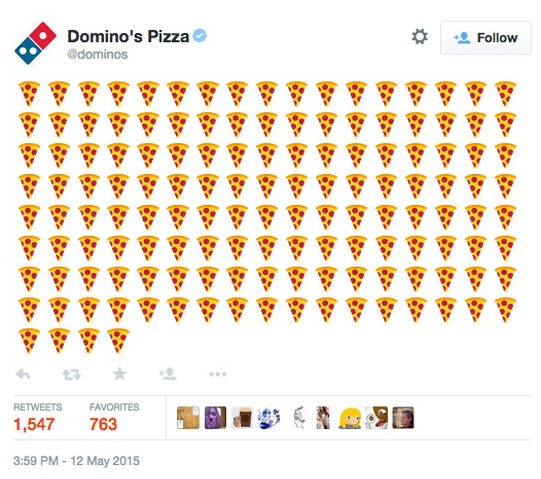 So far, we can’t find any data pointing to the actual number of orders Domino’s received using the pizza emoji (outside the 500 orders reported when the campaign first launched). But Domino’s did gain a lot of public attention from media outlets including USA Today, Good Morning America, Forbes, and the Tonight Show with Jimmy Fallon, drawing positive PR and putting Domino’s at the top of pizza eaters’ minds.

Coca Cola is one of the most notable brands that has really invested in social media marketing. Earlier this year, they posted a number of billboards in Puerto Rico like the one pictured below: 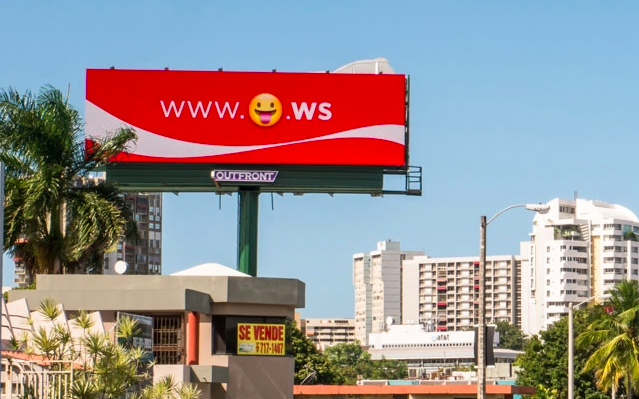 According to Adweek (also the source of the above picture), the company registered all web addresses that included smiling emojis on the .ws domain. Because emojis are not accepted on domains like .com, .net, and .org, a Coca Cola rep said .ws was chosen because the letters could stand for “we smile” – a tagline that’s very relevant to the Coca Cola brand. While .ws actually stands for Western Samoa, anyone who types in one of the emoji.ws URLs will be directed to Coca Cola’s Puerto Rico site. At the very least, the billboards generated a lot of Twitter buzz with thousands of people retweeting the various billboards.

American car manufacturer, Chevrolet, took a different approach to using emojis. They shared the news of their new 2016 Cruze with the below press release, written entirely in emojis: 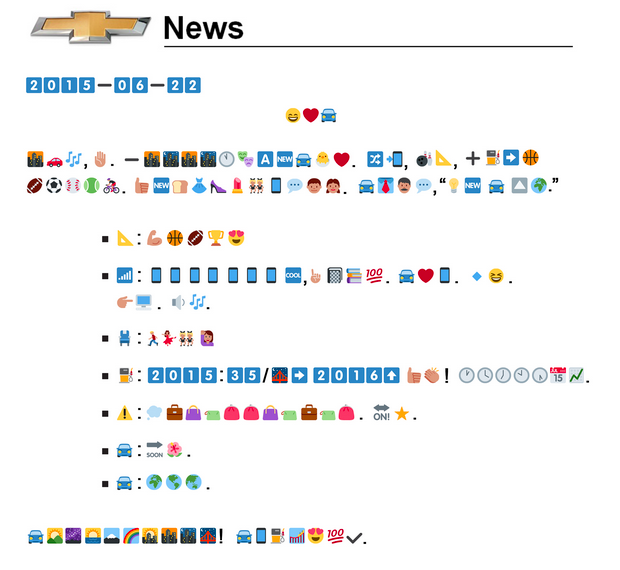 While we admire the unique marketing approach, it’s hard to wrap our heads around the value of Chevy’s post when you have no idea what it says. Take the first bullet point for example. We looked up the “translated” version of Chevy’s press release and that first bullet point really says, “Design: Athletic build, stylish, and good looking,” which in our opinion, takes quite a bit of reading between the lines. Did Chevy take emojis too far?

At Transifex, we know that a certain phrase or sentence can’t always be translated word for word from one language to another. But with proper research and the right string of icons, or in this case emojis, the same message can overcome traditional language barriers and reach customers in various global markets. And in our mobile-driven world where screens are small, space is tight, and time is short, emojis enable localization by allowing companies to convey a message with a single (or few) images rather than an entire sentence or paragraph.

That said, just like any other aspect of localization, it’s important to do your research. SwiftKey, a London-based keyboard app, shares that not all emojis are used equally across countries. Knowing which icons are most popular in which countries can help you tailor your message to evoke positive sentiment among your target customers. 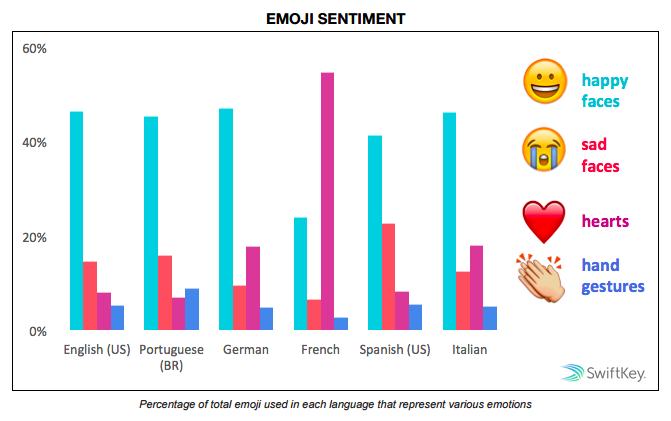 And if you’re thinking about using emojis in your email marketing campaigns, check out data from Mailchimp that shares the top emojis used in email subject lines.

While the fun of emojis is undeniable, there seems to be one standout reason why they’ve been adopted by users of all ages. Emojis have the ability to humanize messages, to add a richness and sense of personal interaction to otherwise plain text. The use of a smiley face within content evokes feelings of happiness and joy in the reader, and may even cause the physical reaction of a smile. If you ask us, emojis are changing the way digital content is perceived; doing what tone of voice does on the telephone and what gestures do in face-to-face communication.

Interested in learning more about localization? Whether you’re using emojis or just sticking to traditional text, learn how the Transifex localization platform can help you translate and localize your website, web app, or mobile app.