New, Flexible Ways to Organize Your Teams and Languages

New, Flexible Ways to Organize Your Teams and Languages
Table of contents
Project languages are decoupled from teams

If you work with a lot of teams and projects in Transifex, we’ve got some great improvements for you that’ll give you more flexibility in structuring your organization.

Project languages are decoupled from teams

With today’s update, languages now work on a project level. Each project has its own set of languages that it’s being translated to. You will still have to assign a project to a team, but teams are simply groups of people who translate to certain languages.

This setup lets you reuse one team across multiple projects, even if each project is being translated to a different set of languages. Here’s a look at the new structure of things: 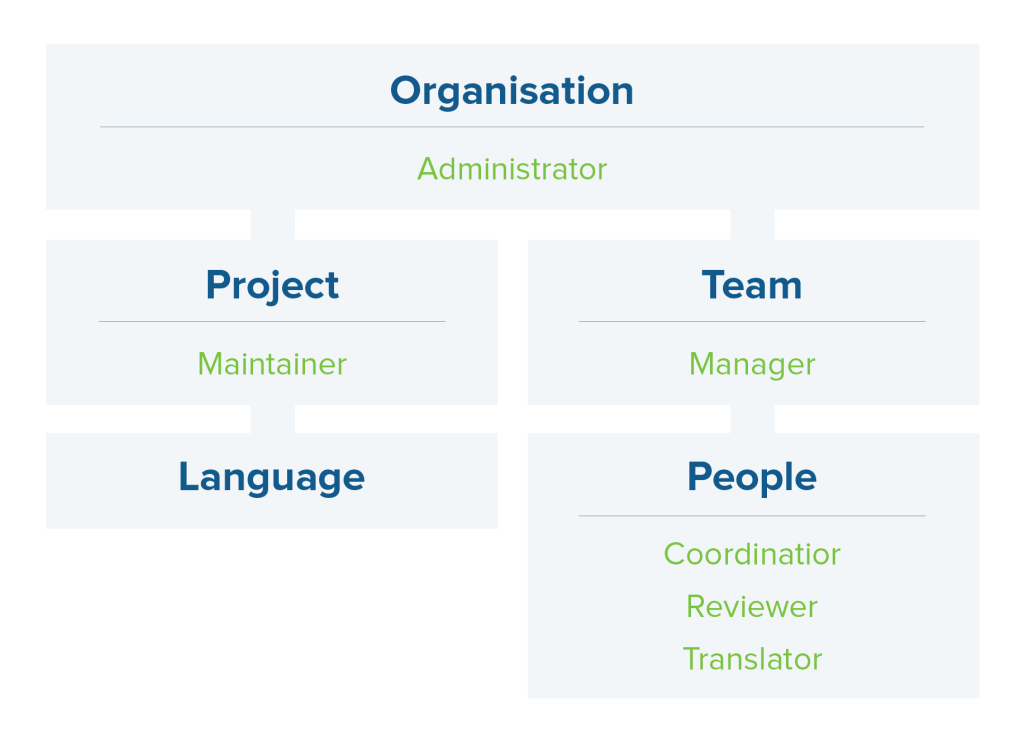 You’ll find this change reflected in a new “Edit languages” button in the Dashboard and Project Overview page. Hitting that button reveals a popup with a list of the languages that particular project is being translated to. There, you can also add new languages to the project, as well as see the requested languages.

Say you added Greek to your iOS project. If the team assigned to the iOS project doesn’t already have someone translating to Greek, all you have to do is go to the People tab (formerly Teams & Languages) and invite someone to translate to Greek. It’s important to note that this won’t add Greek to the other projects that are assigned to the team, since languages work on a project level. 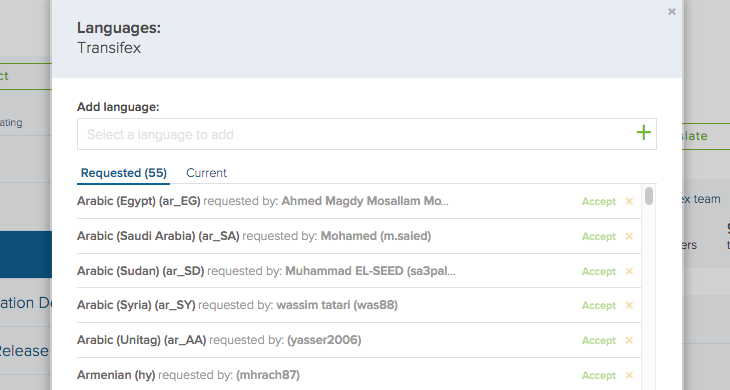 When you create a new project, you’ll see that assigning a team and selecting the project’s target language are now two separate steps. If you assign the project to an existing team, all the languages of the team will be added to the project by default. You can still remove languages from the list, or add other ones to the project.

One great thing about decoupling project languages from teams is that you don’t have to worry about matching languages when transferring a project from one team to another. Simply assign the project to the new team, then invite your collaborators!

Each team in your organization now has its own page for reviewing and approving join requests. Enter this page by going to the People tab, then clicking the “Pending join requests” link to the right of the team name. 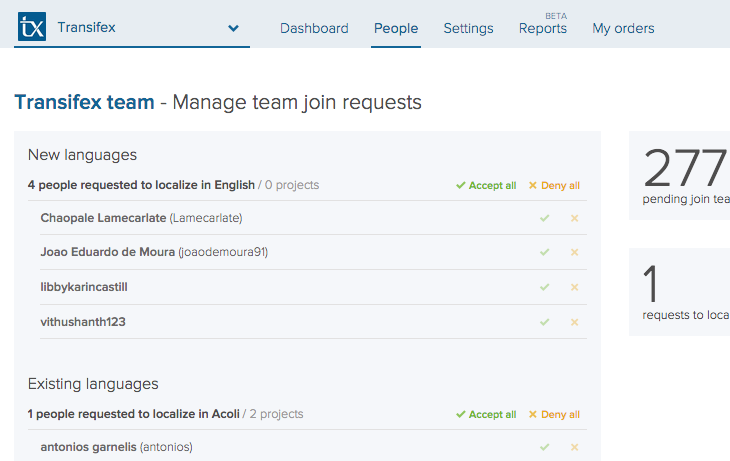 Join requests are split between new and existing languages, then grouped by language. You can even accept or deny requests in bulk!

In the Project Overview page of public projects, there’s a new Join team button. This makes it easy for translators to request access to a team. In the popup, they’ll be able to specify which language they want to help translate or review.

We hope you like the changes! We’d love to hear your feedback.