Keep the Internet Open
Table of contents
Why do we care about Net Neutrality?

OK, here’s the thing. We like the Internet. No, that’s not accurate. We really, really, really like the Internet. It’s one of the best places to hang out. We love it for the endless hours we spent on Wikipedia, TED, Vsauce, xkcd, and the Oatmeal. It keeps us company when we’re bored. The Internet is the place where we met Leeroy Jenkins, the man her man could smell like, and the most epic of splits.

And even though there are plenty of weird things on the Internet, we love knowing that those weird things can exist there. One of the things we love the most about the Internet is the freedom it is built on: that we can watch what we want, when we want.

At Transifex, we deeply believe in this freedom. Allowing everyone in the world to access information freely is a core part of our mission: the dent we’re hoping to put in the universe is to make the Internet free of language barriers.

It’s sad to say that, these days, something scary is happening which is putting the Open Internet (and its weirdness, openness, and freedom) at risk. 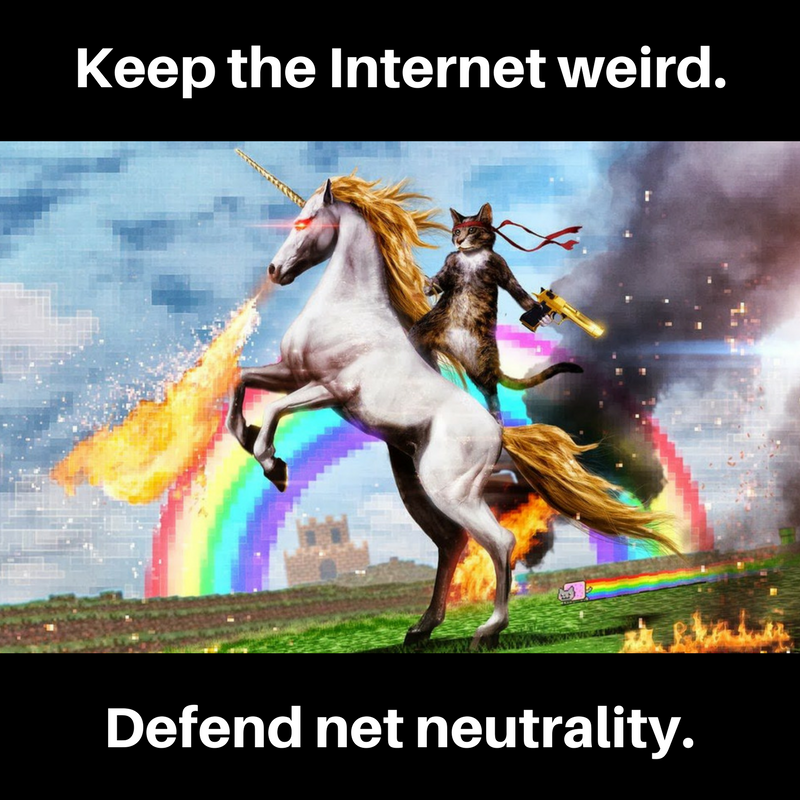 Why do we care about Net Neutrality?

The Internet Service Providers in the US, like Comcast and Verizon, want the power to control which websites you see and how you access the internet. They want to be able to slow down your internet for services they don’t like, at their own discretion, and even block you from accessing some. If we don’t stop this, it’s not hard to imagine a future where you have to pay your ISP to get access to Netflix, Email or YouTube. This will only benefit the ISPs and no-one else.

Things like this have happened in the past: Comcast messed up with our access to Netflix to get them to pay Comcast more money and blocked Google Wallet to promote their own app.

Thankfully, there are some solid Net Neutrality rules that protect the Open Internet. Companies around the world, startups like Transifex, and tens of millions of people are relying on these established rules that do not allow things like blocking or slowing down of internet traffic. Part of Internet’s beauty and power is that it’s equally easy for a small, young company to reach anyone in the world compared to a large enterprise.

Recently, there is a strong effort to repeal these rules. We’re asking you to join us in Protecting the Open Internet.

Our team deeply cares about Net Neutrality and we’ll fight to maintain fundamental values such as fair competition, innovation and freedom of speech, which make the Internet such a beautiful place to be.

Our goal with these words is to create more awareness and build push-back. You can help by calling your local representative today.