A note from the Transifex Team: Our friends at Ushahidi share about their new “Translators Power Ushahidi” campaign and effort to allow more people to report issues from around the world.

The Ushahidi Platform is an open source software that helps communities, activists, companies, and humanitarian organizations gather and share critical information via web, social, and mobile channels. It is a tool for people around the world to tell us what is happening around them or to them during an emergency or disaster and lets other people and organizations quickly respond to these reports. People around the world have used the Ushahidi Platform for collecting reports from citizens on issues ranging from acts of harassment in Egypt to tracking the ebola virus in Liberia. 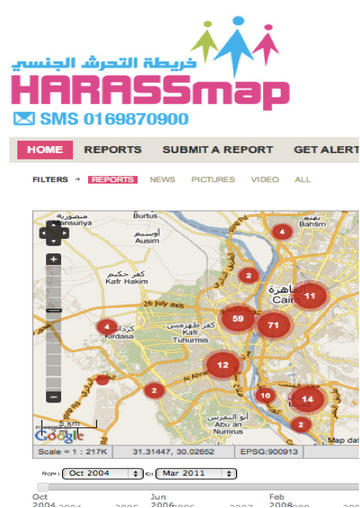 Last year, during Uchaguzi (our Kenyan election project), we saw members of our Kenyan community, along with our friends at Translators Without Borders pull in a collective effort to bring the Ushahidi Platform’s Swahili translation up from 60% to 100% within a matter of days. This effort helped propel a massive effort to allow Kenyans to protect their vote in a language that everyone could understand.

This year we are launching a campaign dubbed “Translators Power Ushahidi”, in a bid to push for the translation of 15 new languages to more than 80% complete by the end of the year. Translating technology into new languages make it possible for millions more people to access, understand, and wield our tools for humanitarian good. We need your help in extending our reach into new languages.

Through Transifex we have been able to translate all our products into more than 15 languages — which opens the door for millions of people from at least 15 new cultures to gain access to this technology. Thanks to the power of the Transifex platform, we have been able to connect with translators around the world who power Ushahidi by translating the list of words and phrases on the Ushahidi Platform.

But that list didn’t appear out of nowhere; it exists because Robbie Mackay and Sara-Jayne Terp spent hours searching for every word that appears on the Ushahidi Platform site (including the administration pages), wrapping those words with the command {{t “list.phrase”}} and adding them to a translation file. The Phabricator page for this work lists more than 30 front-end files changed in just one monster editing session.

Sara-Jayne admits to being a bit of a language geek, having learnt several languages because of an AI-inspired interest in how language restrictions affect the ways that people think, and doing the usual Natural Language Processing analysis of difficult word orders like Austrian German. The prospect of making a site accessible in hundreds of languages is a bit of a language-geek’s dream, e.g. thinking “how will this work in French, Arabic, Mandarin”. And because of this, and how we’ve seen translators work during crises (e.g. picking the most-used site phrases to translate first), we made a bunch of design decisions that should hopefully make the translation file easier to use.

For example, we don’t just translate individual words, like “edit”; we also translate phrases like “edit post”. We did this from Robbie’s hard-earned experience with the Ushahidi Platform V2 translations: translating into multiple languages means being aware of the quirks of those languages, like gendered adjectives, word order changes (e.g. “blue marker” == “marqueur bleu”) and different punctuations (e.g. Spanish question marks), and the more you can think about this upfront, the less you have to change the translation file to fit new languages and locations (because, y’know, British English is different from American English, Egyptian Arabic different to Saudi Arabic, etc) later.

We also organized the translation file into groups, for two main reasons: grouping common items together so they can be given priority when a new language team starts, and giving context to words and phrases as a clue to the translators on which translations would be most appropriate for them. It also allows a time-limited translation team during sudden onset events like disasters) to choose which groups are most important for them to start with.

Translation is desperately important (as anyone who has ever tried to fill out a customs form in another language quickly finds out (now imagine that sized up to a website where the information you have affects other peoples’ lives). But translation is just part of a larger topic, localisation, that includes things like right-to-left UIs, right-to-left charts, date formats and number formats, and is also part of inclusion: the idea that the design decisions you make on your site affect the people who use it (e.g. people feel more included in a site if it has pictures of people like them, than if you write an inclusion statement: if you’re curious about this, books like Whistling Vivaldi are thought-provoking about this).

We’re working on localisation too, but first we need translations, because without translations we can only reach a fraction of the people who need Ushahidi. So, we invite you to jump in and join the legions of Translators who power Ushahidi.